If you are traveling between Portland and Tillamook from May through mid-July, the Tillamook Forest Center is a great place to take a break, enjoy the beauty of the Wilson River, and see a nice assortment of the expected forest birds found in western Oregon. On 12 May 2013, Shawneen Finnegan spent about an hour birding along the trails at the center. Our visit was hardly optimal in terms of time of day, as we were there in mid-afternoon. And yet, we saw and heard most all of the expected warblers one counts on seeing in Oregon's Coast Range along with several other species of passerines that nest here. We also had multiple American Dippers along the river, including one (see photo below) that was clearly from a 2013 brood. With minimal effort and no tapes we pished in several species of warblers close enough for photos.Â 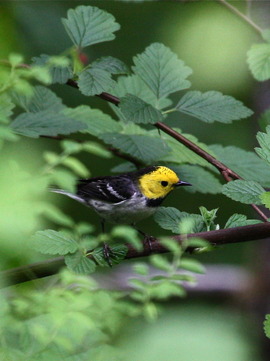 Hermit Warblers are common in the woods around the Tillamook Forest Center. This adult male was one of two (the other was a female) that responded to our pishing and dropped out of the tree tops to the forest floor. Note the black running up the nape and onto the hindcrown. 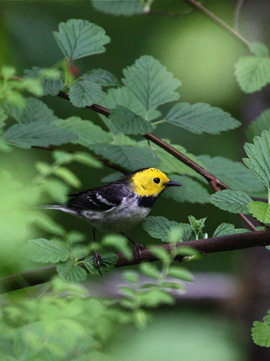 Here's another shot of the adult male Hermit Warbler from Tillamook Forest Center. 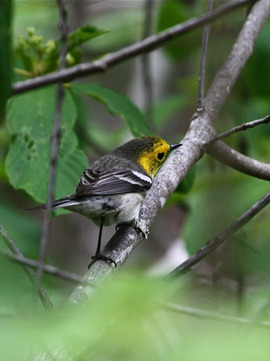 This adult female Hermit Warbler also came in to investigate. Note how gray this bird was on the back and also how the dark on the nape and hindcrown is dusky olive with some black flecking rather than solid black like a male. 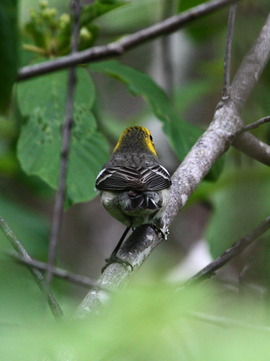 This straight-on dorsal view of an adult female Hermit Warbler shows just how gray this species is on the back. They are not green on the back like a Townsend's Warbler. 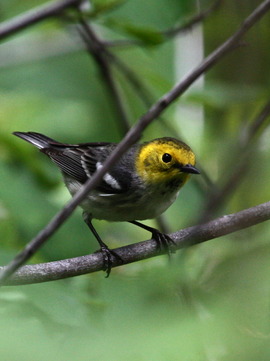 Here's the adult female Hermit Warbler from another angle. Again, note the apparent streaking on the upper flanks. 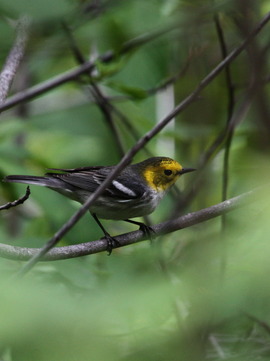 The weak streaking along the upper flanks of this bird is atypical for a "pure" adult female Hermit Warbler and may be indicative of some Townsend's Warbler introgression. In all other aspects, this bird looks like a normal female Hermit. 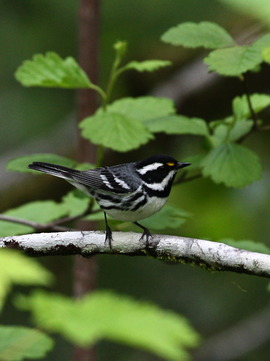 This adult male Black-throated Gray Warbler was perhaps the most cooperative of the warblers that came out of the canopy to our pishing. Having Hermits and Black-throated Grays side-by-side in this habitat provides a nice opportunity to compare and learn the differences in their songs. 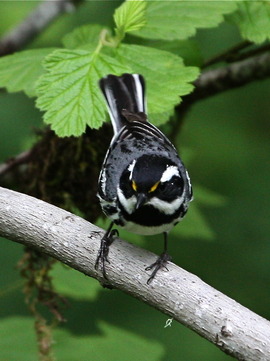 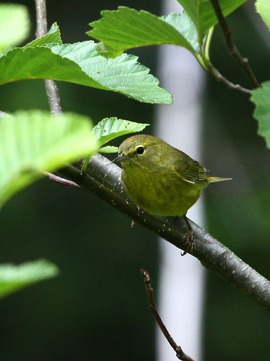 Orange-crowned Warblers are among the most abundant breeding birds found in Oregon's Coast Range. They are most easily found in the brushy seral vegetation growing into recent clearcuts and generally less dense in more heavily forested areas like the Tillamook Forest Center. In this shot, the orange in the crown is visible. 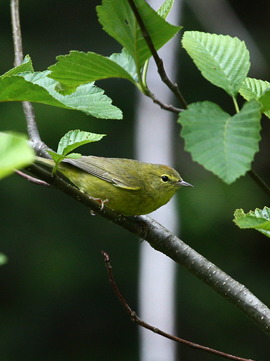 The population of Orange-crowned Warblers breeding in Oregon's Coast Range are O. c. lutescens, which is the brightest and most richly-colored of the Orange-crowned subspecies. 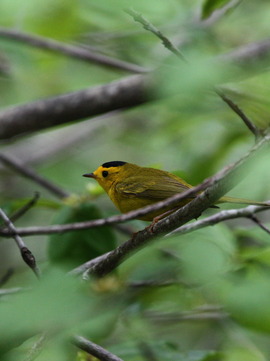 This adult male Wilson's Warbler was one of several seen and heard at the Tillamook Forest Center on 12 May 2013. This species rivals Swainson's Thrush as the most abundant breeding songbird in Oregon's Coast Range. Driving through these mountains during the breeding season it seems that you are hearing the loud slappy songs of Wilson's Warblers almost constantly. 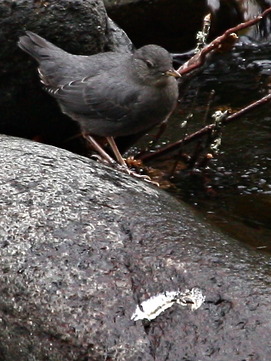 Note the fleshy yellow bill and pale edges to the wing coverts of this bird. These features indicate that this is a hatch-year bird just recently out of the nest. Adults have all-dark bills and lack the pale margins on their coverts and tertials. When you are in appropriate American Dipper habitat and wondering if they are about, the presence of this species is often betrayed by the "whitewash" on prominent in-stream rocks near potential nest sites (like bridges). The large dry patch of white splatter on this rock tells us that it has been used before by a dipper.